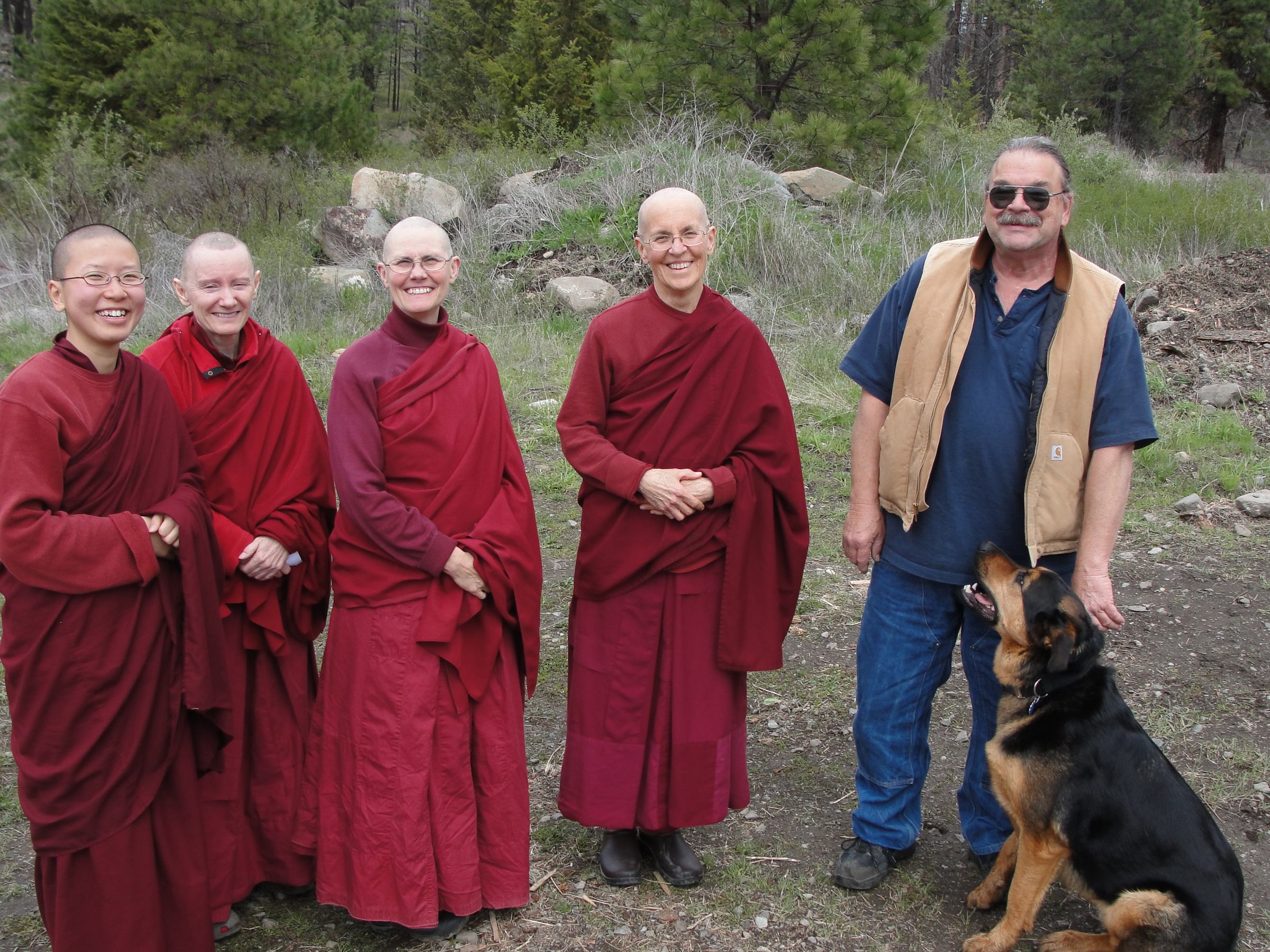 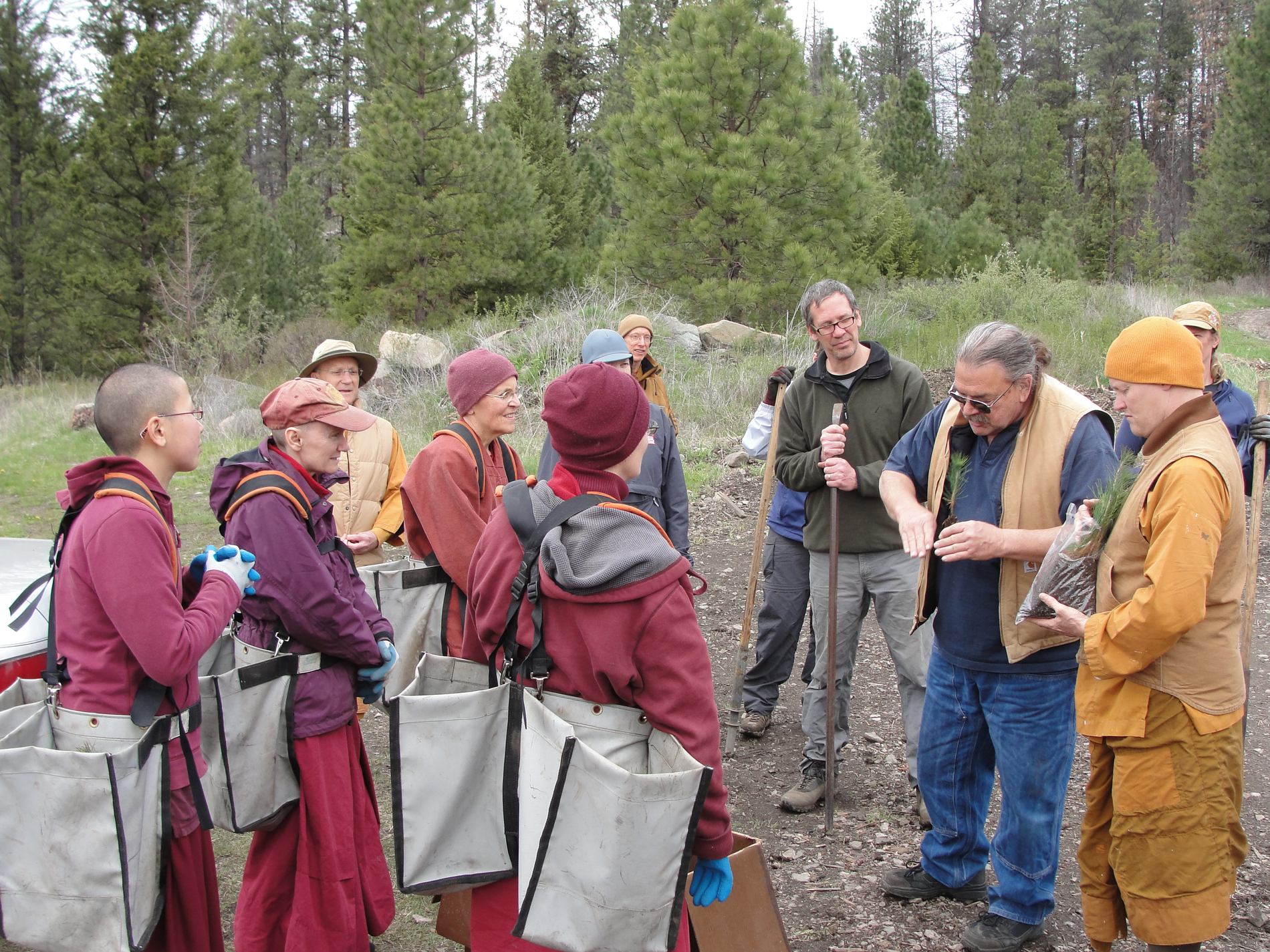 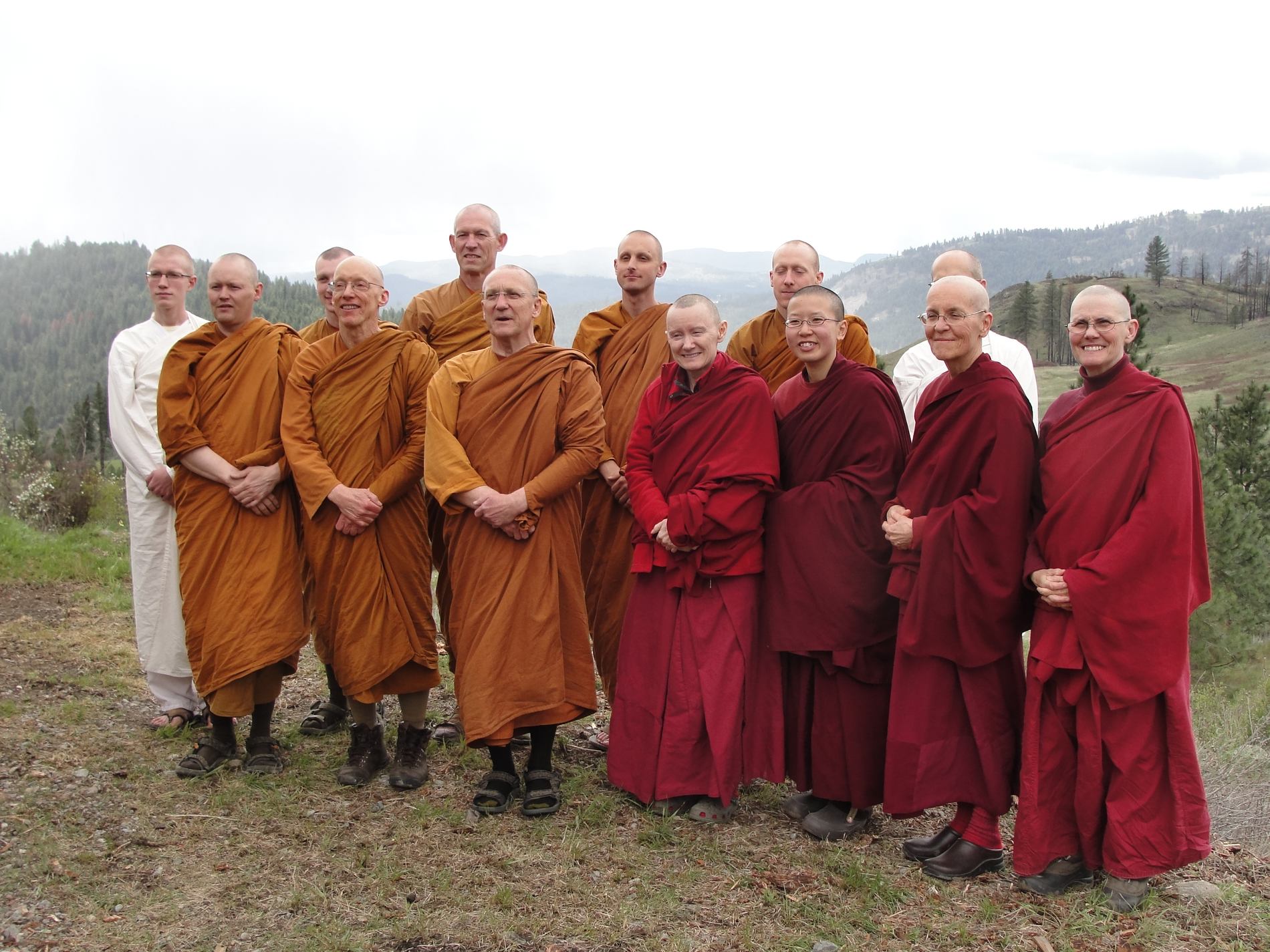 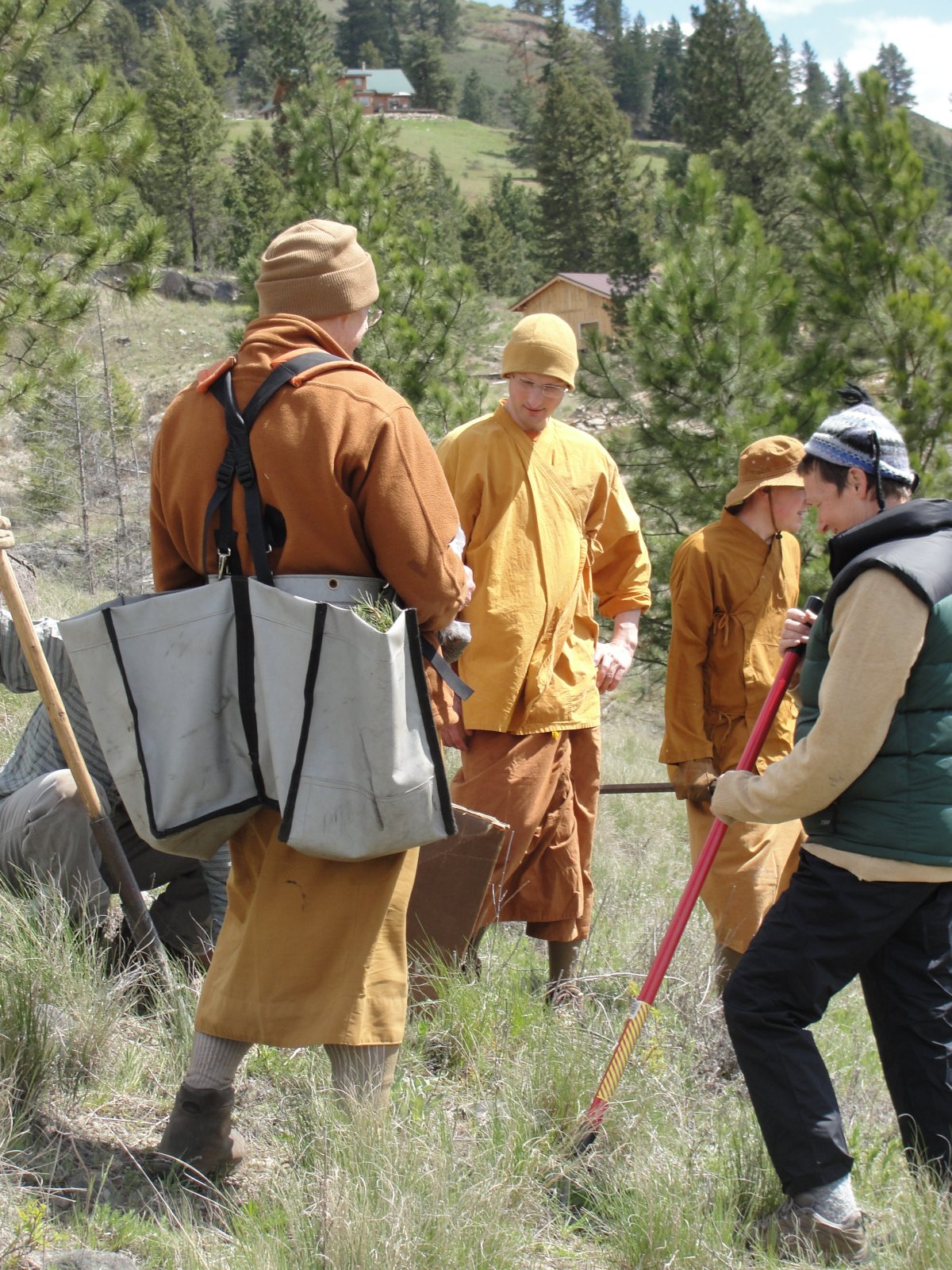 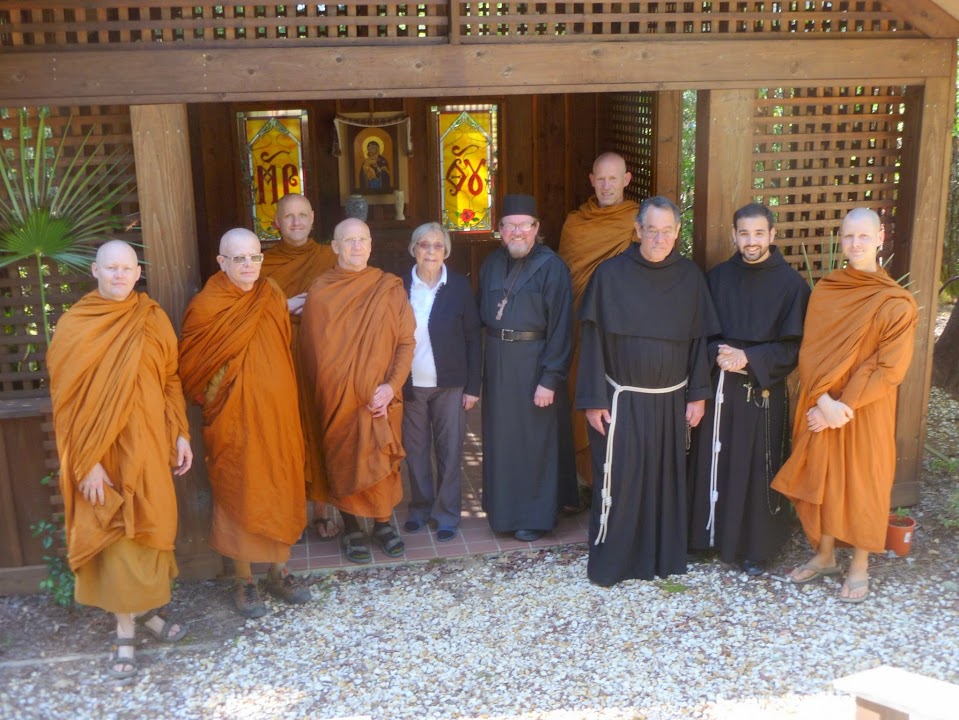 If you are looking for a way to support the Abhayagiri community and want to connect to the residents in a working environment, then you are welcome to come join us once a month for an afternoon work project. The first three of these work periods are scheduled for the last Saturday of the month (April 26th). (UPDATE: May 31st and June 28th were cancelled.) The work period will start with a work meeting at 1 pm and the work will probably end by 4 pm. You are welcome to come join us for the 11:00 AM meal and stay for tea at 4:30 pm and evening puja at 7:30 pm followed by a Dhamma talk.

The work projects will include tasks requiring a range of skills and physical abilities. We will attempt to have everybody working on one project. Possible work projects include trail maintenance, splitting and stacking firewood, and painting. 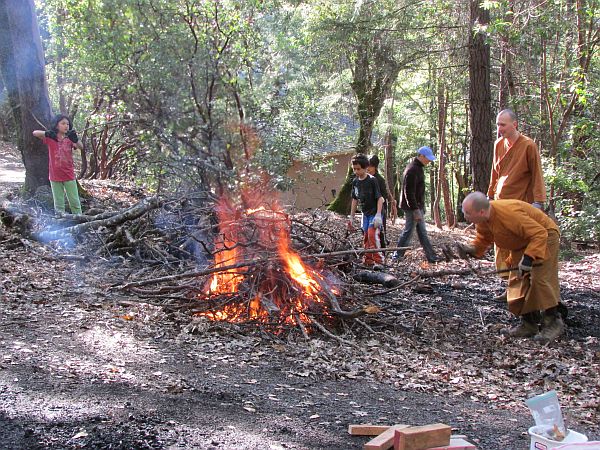 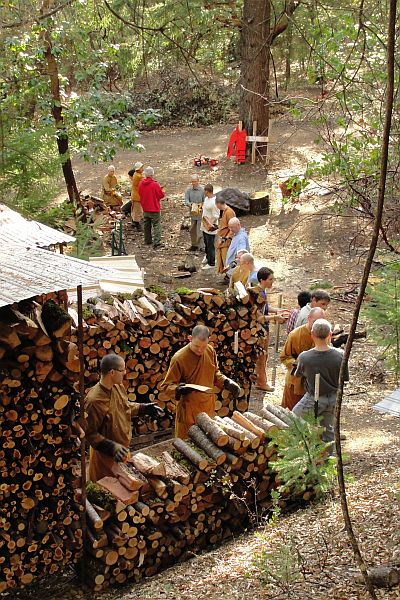 In mid July of 2013 we began phase 1 of construction to the new Reception Hall. Ideally, starting construction work in April is preferred; starting in July was a bit risky as we feared early fall rains would cause delays and create a messy work environment. Our contractor assured us he could get the job done, so we proceeded. Little did we know rain was not going to be a problem. All of this work was completed on time, the work was well done and it all came in at, or under, budget.

Here is a brief list of all the items we completed in phase 1.

The entire building project is a two story complex, which will include a spacious meditation hall, a larger and more efficient kitchen, office, library, guest rooms, child care room, laymen bathrooms and showers, laundry, a small shrine room/reliquary, plus covered decks and storage rooms. Future projects associated with this building will include demolition of the existing house, courtyard drainage, landscaping, wheel chair accessible paths, covered walkways that tie into all of the existing buildings and the construction of a small pavilion/covered deck near the abbot’s office.

This entire project probably will take some years to complete, funding being the determining factor. We are considering breaking the remaining work into several phases. If we do this, phase 2 would consist of completing the main structure to a point where it would be protected from the weather. The structure would have finished exterior walls, finished roofs, windows and doors. This work could be completed in one building season. The estimate for completing this phase is $900,000. We have received a considerable amount of donations, but are well below the amount we need to proceed with phase 2. Just for people’s information, phase 3, the completion of the whole project, would be almost an additional $1 million dollars in order for us to occupy the building. These are embarrassingly high numbers, but it seems to be what it costs these days to build in California!

After phase 1 was completed, Garman and Sons Construction, who did most of the heavy equipment projects, volunteered their time and services to grade and add gravel to our extensive road system in the monastery, which had suffered much erosion over the years. Much appreciation to them and the many people who helped make this a successful building season. 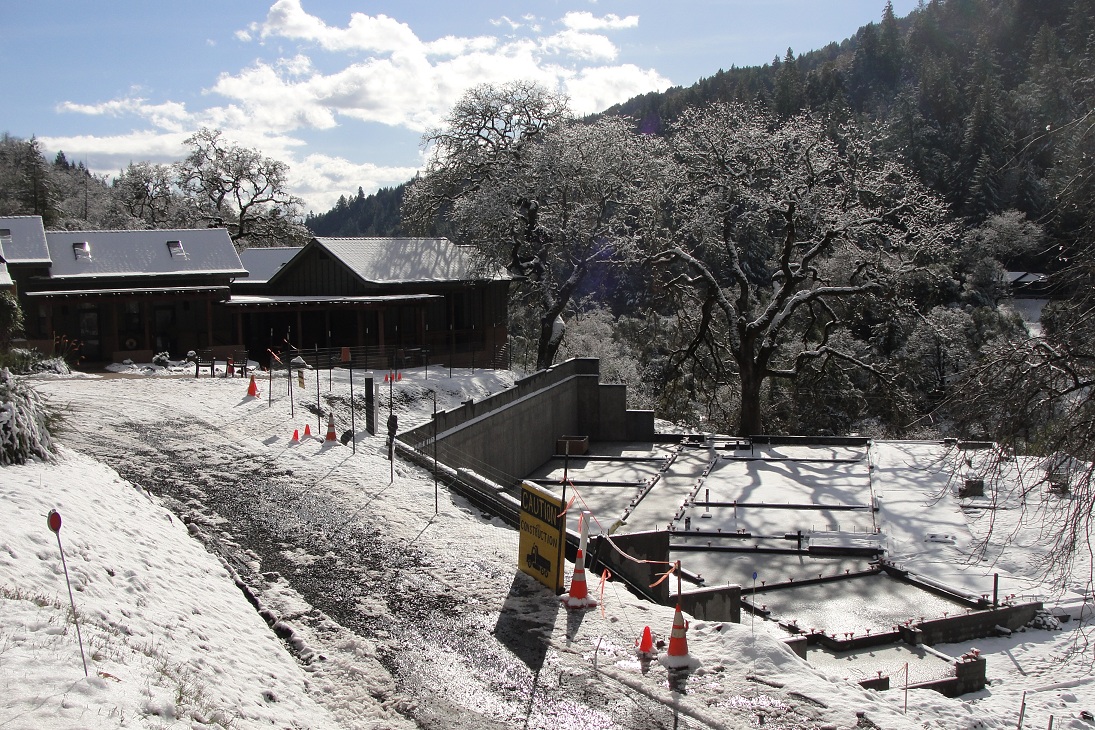 As a gift to our beloved teacher, the Abhayagiri community is improving the access trail to Ajahn Pasanno’s cabin. This improved access will be of great benefit to him. Most of the work is being completed by a mini-excavator, but we need assistance in hauling and spreading gravel for a good surface. Sunday, December 15, we plan to have an all-day work project to do the hauling and spreading of the gravel. There will be work suitable to those not 100% fit.

If you would like to join us, and make lots of merit in the process, you are welcome to come join us. There is no need to contact us in advance, but if you come for the morning work period please arrive in time for either the 7:00 am breakfast or the 7:30 am work meeting. If you come for the afternoon period only there will be a work meeting at 12:30 pm for the afternoon session.

We have been having a Saturday morning community work period but this all-day project supersedes project.

Each fall, Abhayagiri Monastery creates a photo album of the year’s events for Ajahn Pasanno to take on his December visit to Thailand. The album includes photographs of ordinations, festivals, visiting teachers, travel, ongoing construction, and nature. It is available for free as an ebook and can be ordered from Blurb for the cost of printing. The photos in this book can also be viewed in the online gallery.