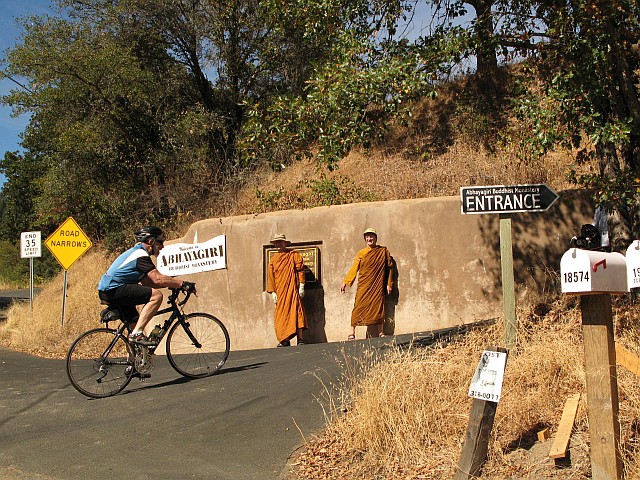 We gave a commemorative CD of a slideshow and Dhamma talks to each participant in the 2014 Buddhist Bicycle Pilgrimage at the closing ceremony. We thought we would share (most of) the contents of the CD online. What began a Dennis Crean’s idea of a pleasant bike ride has become an annual event involving ~100 people.

“If people hear and see,How hands and hearts can find in giving, unity,May their minds awake,To Great Compassion, wisdom and to joy.” - Rev. Heng Sure, “Dedication of Merit”

Photographs by Gregorio Aristizábal and the Abhayagiri Community

More talks by Ajahn Pasanno and the Abhayagiri Community

More talks by Ajahn Amaro and the Amaravati Community

Practicing in Tandem by Alden Mudge