Recently, a hand-drawn picture was the focus of attention at the monk’s office of Abhayagiri Buddhist Monastery. 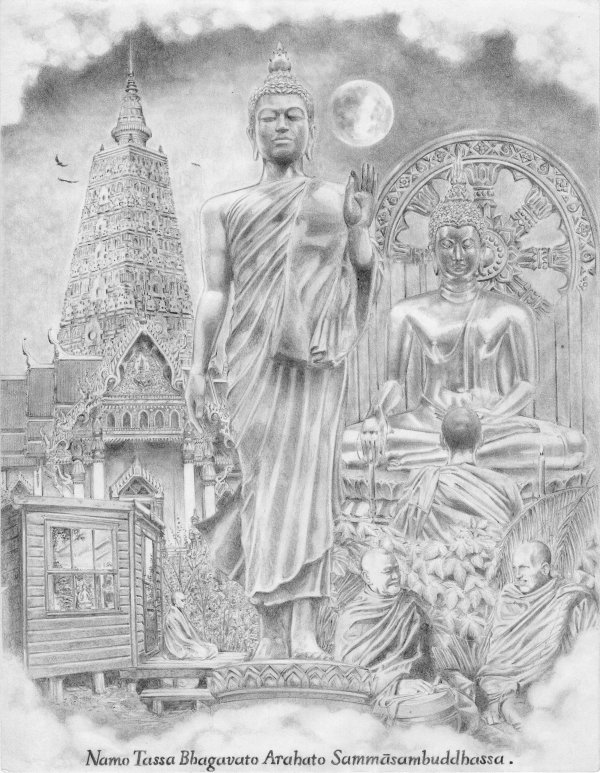 It’s a highly detailed pencil drawing featuring Buddha images, stupas, and a relatively youthful-looking Luang Por Chah and Luang Por Sumedho. It was attracting its share of admiration…but some people wanted to know, “Who drew this?” After some discussion, it was found out that the picture originated in connection with Abhayagiri’s book request program.

Abhayagiri regularly receives requests for free-distribution Dhamma books. The requests are sent via the Internet and by postal mail. Nearly all the requests by postal mail, about five per week, originate from people serving time in correctional facilities across the United States. As of 2013, approximately 1% or over 2.2 million people in the United States are incarcerated and most do not have Internet access.

Tim, one of the volunteers with the book request program, estimates that Abhayagiri receives about two unsolicited pieces of art per year coming from prisoners. “They never come from people who identify as artists or anything like that. They’re just part of the letter for more books, or as a follow-up letter. They never explain it, nor does there seem to be any particular pattern.” 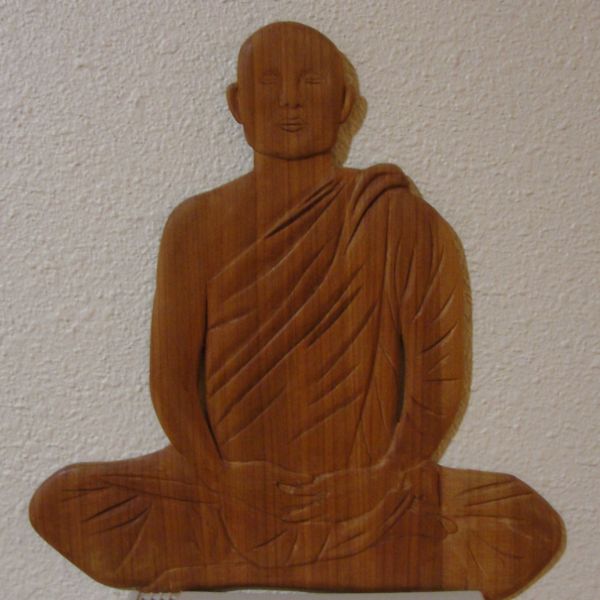 Tim’s partner, Nook, also volunteers with the book request program. “It’s amazing to do this…I’m very honored to do this,” said Nook. “I don’t know how many people think about or are aware of what goes on in prisons.”

Both Tim and Nook started volunteering back in 2012, working under the guidance of the late Iris Landsberg who was the main book request volunteer and had worked in that role for over 10 years. “One day, I saw Iris working alone,” said Nook, “and so I just said, ‘can I help?’ Later I got Tim to help out too.”

Being a book request volunteer requires practice and attention to detail, but Iris made it fun too. “We just liked to laugh a lot and make jokes,” said Nook. “Iris would also do all these dance poses too. She seemed really happy doing the requests.”

Usually the requests from people living in prison are not for specific titles, but are rather more general requests or desiring help with one particular theme or topic.

Tim remembered one individual who expressed that he was in solitary confinement for several years. “I thought about his situation and then put together a package with books by Luang Ta Maha Boowa. He came to mind for his fortitude, stamina, and bravery, which I felt would be needed by anybody in solitary confinement.” 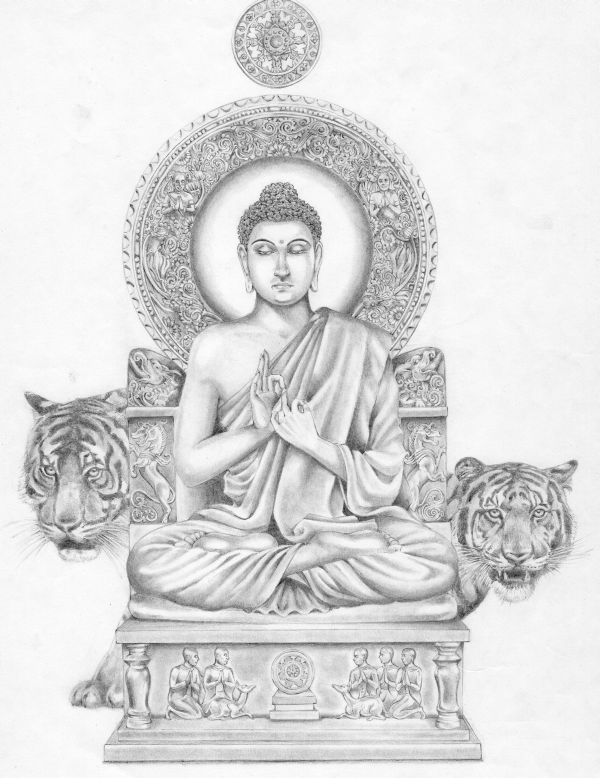 The book volunteers communicate anonymously with the prisoners and take care not to reveal personal information about themselves. Nook also stressed that the volunteers “don’t offer any help or try to teach Dhamma; we just send the books.” But sometimes they offer practical advice when it seems appropriate.

Tim recalled one woman who wished to set up a Buddha altar and was asking the book volunteers for help. Her situation was complicated by the fact that she was living in a small cell along with another inmate. Tim and Nook sent her a picture of a Buddha image and wrote back saying to put it up, along with other objects of inspiration, whenever her cellmate was not around. “She later wrote us back thanking us – she had no idea that it was okay for the altar to be temporary!”

The book requests can also be complicated. Tim explained that there is “a large document that details every book we send, which person it goes to, etc. There are also different rules and regulations for each prison. For example, some prisons only allow soft cover books.”

Nook added, “Almost all the addresses are handwritten and it’s really hard to read them sometimes.”

After a while, Iris had confidence in Tim and Nook and so they started to take over the book mailings. Tim recalled that, “all this happened not too long before her health really started to take a dive and she was diagnosed with cancer.” Iris passed away in February 2014 due to complications resulting from cancer.

Sometimes prisoners send stories and updates about their practice, or things going on in their community. Some keep in communication for many years. 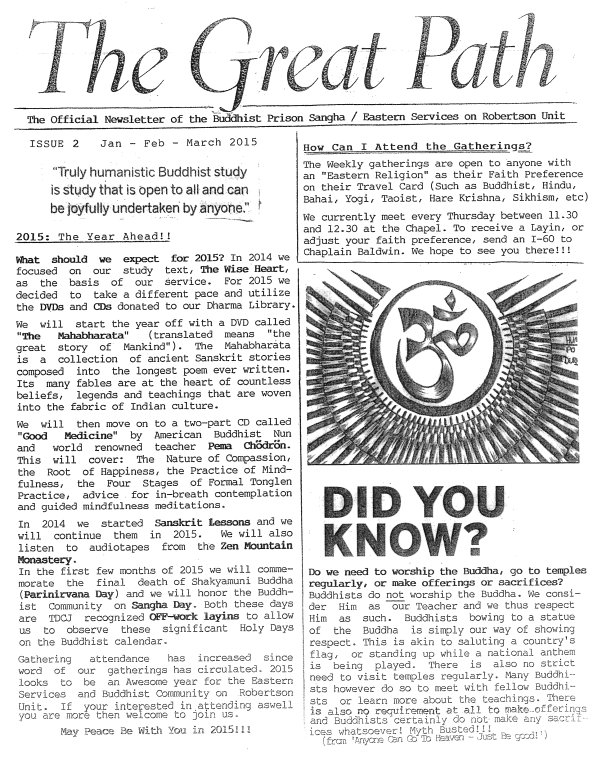 Nook remembered one individual who, when he was being released, left all his books back in prison except one. “He kept The Island because he said it was the best book.”

Some people complete their incarceration sentence and continue to send requests for more materials. Tim remembered one man who was serving a 24-year sentence and had been requesting books from Abhayagiri for the last eight years of that sentence. “As he was leaving the prison, he was told that he couldn’t take his bag of Dhamma books as it was against the prison policy to take too many bags, so he had to leave the bags of books behind. So after he was released from prison, he sent us a request, but this time for CDs, not books. The reason he wanted CDs was because he never heard a Dhamma talk before and wanted to hear one for the first time.”