We would like to announce a new gallery featuring photos from this year’s Winter Retreat. You can view the gallery here: 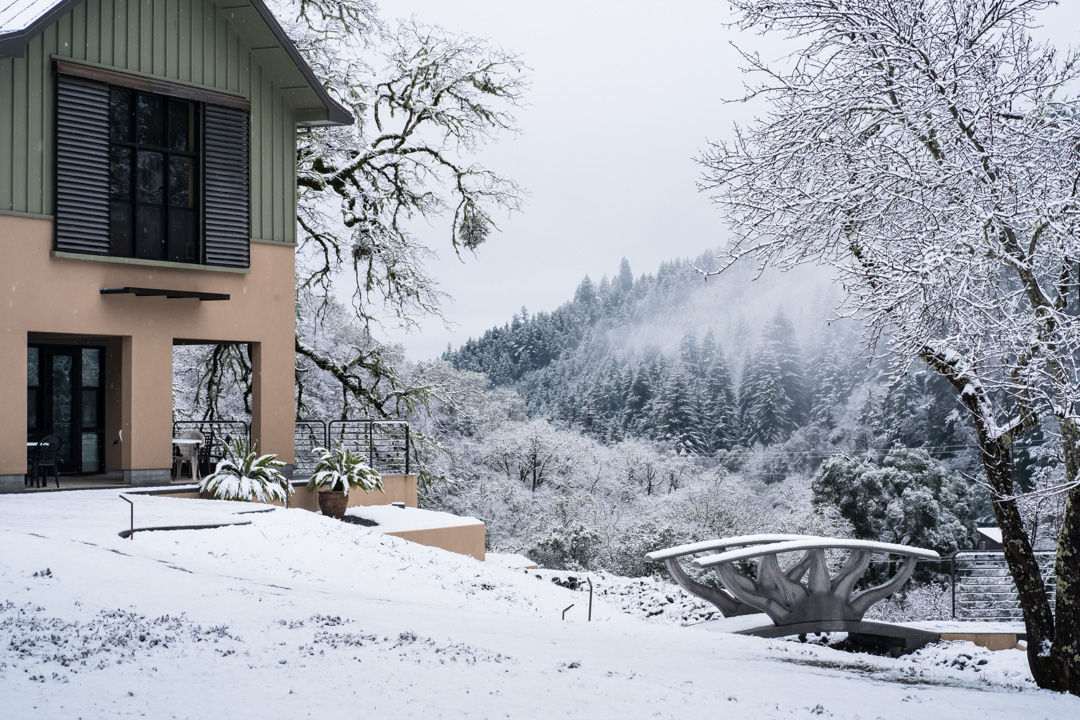 Winter Retreat: the year was 2020, while vision of the larger social climate was anything but. Indeed, the community’s gaze set inwards, as COVID emerged in a fashion not dissimilar to the moon’s pursuit of the sun. Thus, with the retreat’s standard abeyance of electronic and social engagement, the collective mentality of the Abhayagiri Sangha was, for some time, solely preoccupied with the maladies of the heart. As such, the retreat advanced smoothly: duties were maintained, reflections were pondered, and minds were distilled. The pervasiveness of this diligence was matched only by that of a commitment to noble silence—in a world that, otherwise, seemed to become increasingly deafened by shouting headlines. It was in this manner that the community strove, without neglecting pause to accommodate the arrivals of Māgha Pūjā, Bhikkhu Bodhi, and the occasional day guests—whose smiles seemed to be effortlessly nourished by Luang Por.

However, just as there are times when the sun and the moon can be seen cohabiting a lucid firmament, so it was that news of the Coronavirus inevitably began to assert its presence in the light of the community’s awareness. Troubling revelations notwithstanding, the community’s sights were not eclipsed. Various precautions were undertaken in response to unfolding events, while dedication to practice endured up until the retreat’s end.

With the conclusion of the retreat, uncertainty featured prominently in people’s minds, but, in spite of that, the steadiness that was displayed by the Abhayagiri Sangha prevailed as an undeniable testament to human possibility.