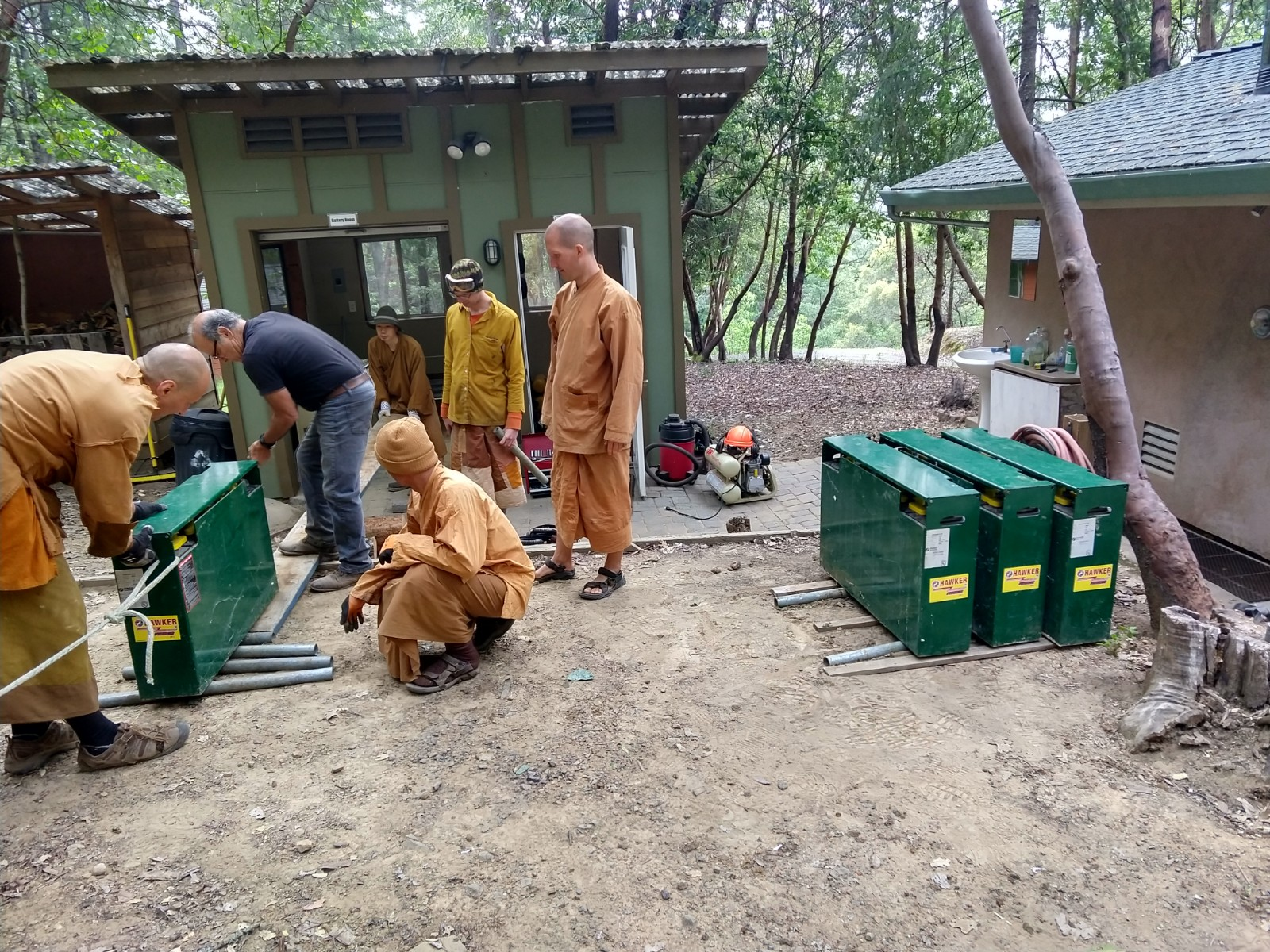 During the last day in May, the whir of not one, not two, but five different line trimmers were heard at Abhayagiri as Samaneras Jotimanto and Dhammavaro, Anagarikas Josh and Bret and Ying Lin all began the morning work period assigned to cutting back the long grasses that have grown from the abundant rain of the past spring and winter. Cutting the grass down accomplishes various purposes, including improving the tidiness and overall beauty of the monastery. However, given the fires in 2017 which burned up to the Abhayagiri property, the greatest motivation with regard to line trimming is to increase fire safety. Considering that the monastery property encompasses some 280 acres, reducing the fire risk for Abhayagiri is no small task. Nevertheless, the community, in cooperation with the California Department of Forestry and Fire Protection aka CAL FIRE as well as guests, friends and supporters of the monastery, has been making various efforts to increase Abhayagiri’s fire safety.

Another Abhayagiri work project this spring has been staining the walls and porches of various huts (kutis). In addition to improving the aesthetics of the huts, staining extends the life of the wood. Less visible is the ongoing upkeep of the monastery’s IT infrastructure, which although challenging to maintain, allows you to read this article as well as serving many other purposes, such as allowing Abhayagiri to accept and manage reservations for overnight guests at the monastery. In addition to the resident monastics, various friends of the community, living near and far also help make available Dhamma talks, Dhamma reflections, photo galleries, news items, current events and other content on the Abhayagiri website.

And the line trimming continues … 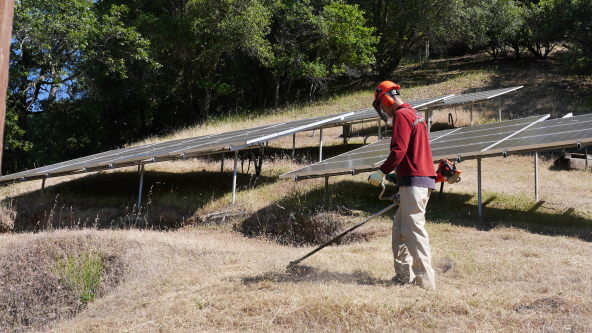