Ajahn Pasanno and Ajahn Nyaniko spent about three weeks in Thailand, returning to Abhayagiri on January 7th. Ajahn Pasanno offered many teachings during that time. Here is a video of a Dhamma talk and Question and Answer Session in English, titled Language of Dhamma. These teachings were offered at the Buddhadāsa Indapañño Archives in Bangkok on December 21st, 2019. Video of Dhamma Talk and Q & A - Language of Dhamma - Ajahn Pasanno
Posted January 29, 2020

The monastic community begins the annual three month winter retreat on January 2nd. During this time, the resident community takes time to engage in more formal meditation practice following a changing schedule of group and individual practice. During these three months there will be no overnight guests accepted. (For overnight visits after the retreat please contact the monastery on April 1st.) However, day visitors and those wishing to visit the monastery to participate in the meal offering or bring offerings of requisites at the meal time are still welcome. It should be noted, however, that the community is practicing noble silence, and talking and conversations with the monastics and retreat crew are very limited. As per usual, the gene…
Posted December 31, 2019

This reflection was offered on February 15, 2020 at Abhayagiri Buddhist Monastery. 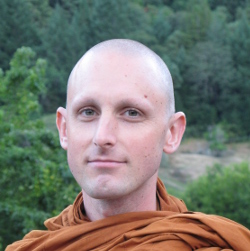